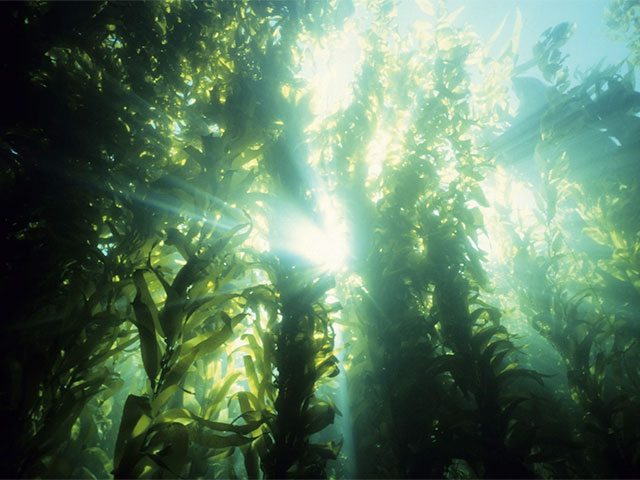 “Limu” or “limu moui” are two names that are often used in products that are purported to have the benefits of Fucoidan. However, most companies that claim limu as their source of Fucoidan are not being wholly honest with their consumers, and are very vague on the source of their Fucoidan. To understand why you should be concerned about this, you must understand how Fucoidan naturally occurs. Fucoidan is only known to exist in three types of natural sources: brown algae, brown seaweed, and certain forms of sea cucumbers. Fucoidan has not been found in any land-based plants or animals to date.

This is significant because…
“Limu” and “limu moui” are not the scientific names of any known species of plant or animal, on land or in the sea.

This would not be significant if limu was merely a buzz-word trade name for some common form of seaweed, algae, or sea cucumber, but most companies using “limu” make no mention of what limu actually is. While it may very well be linked to some form of seaweed, there is no knowing what limu really is, where it comes from, if it is safe for human consumption, or if it even contains Fucoidan. While “limu” could be just about anything, there are a few sources that limu might come from, though these sources are also very questionable.

One possible source of the word “limu” and its use in these supposed “Fucoidan-rich” products comes from Hawaii. Limu is the Hawaiian word for algae, and could possibly be the source of some limu products’ Fucoidan. However, this does not settle the question of what limu truly is. There are at least 60 species of Hawaiian algae that have been scientifically cataloged, and not all have been scientifically studied. There are a number of known algae that are far too toxic for healthy consumption by humans. If companies are producing limu extract using Hawaiian algae, it is crucial for consumers to be aware of the potential risks they could be taking.
In addition, even if the Hawaiian algae that is used to create limu products is safe, there is no indication that the algae being used contains Fucoidan. Furthermore, Hawaiian algae are becoming very rare because of human-created changes in ecology; harvesting Hawaiian algae is inefficient, environmentally unfriendly, and is an unnecessarily cruel way of obtaining Fucoidan extract.

Many companies heavily reference Tonga and the Tongan people as a link to their limu product. Though the Tongan people had a mythological god named Limu, there is no link between the word and any form of seaweed. Though they often try to keep this information vague, some of these companies do claim that sphaerotrichia divaricata is the source of their Fucoidan. S. divaricata is a form of brown algae, which does lead one to believe that it could be a viable source of Fucoidan.

However, there has been no research to indicate that this form of seaweed has any Fucoidan, or if it does, that it has any significant or beneficial amounts of Fucoidan. In fact, of the more than 1400 scientific studies (which are available on the U.S. National Library of Medicine), not a single study has ever been done on Fucoidan derived from S. divaricata.

Fucoidan Force™ obtains its fucoidan from wakame seaweed that is sustainably harvested in the pristine waters of the Atlantic. Wakame seaweed is backed by the scientific community. There are over 600 studies on wakame-derived Fucoidan as a potent source of potential health benefits.