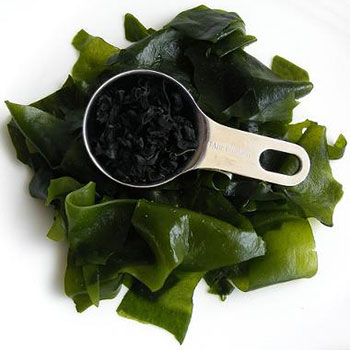 A team of scientists from the National Institutes of Health is currently in the final stages of developing a new method of contraception for women based on seaweed. The team, led by Matteo Avella, published their research in the Science Translational Medicine. They have discovered a process that involves extracting a high-sucrose gelatinous substance from seaweed and molding it into beads. To prevent the contraception, the seaweed beads are taken and coated with a material that attracts the human sperm.

The seaweed beads are then implanted in the uterus. While the procedure is not permanent it is considered reversible but long-lasting. In clinical trials involving lab animals, the contraception proved to be effective in preventing pregnancies. The effectiveness of the beads depends on their ability to operate as a decoy to the real eggs in a woman’s uterus.

The goal is to use the seaweed beads that have a sticky consistency to prevent the conception of a child by a woman. According to the scientists, the beads have been officially named ZP2 peptide beads. While the seaweed contraception is still in the early stages, over the long term, the team proposes that the beads could operate as an alternative to traditional contraceptive hormone-based methods.

Objection to traditional methods often refer to the hormonal imbalances caused by existing contraception on the market. The scientists seek to replace these hormone-based therapies with a long-term contraceptive method that is free of any negative hormonal side effects.

The nature of the contraception is configured at the micro-levels. For instance, the Science Translational Medicine reported that the beads are so miniscule that nearly more than five million beads would fit on a human fingernail. The journal noted that the use of such seaweed contraception would prevent pregnancy by operating as a significant obstacle to the movement of human sperm.

In addition to preventing pregnancy, the scientists also suggested that the beads would also be able to help in-vitro fertilization facilities identify the most reproductively fit sperm. This process could then be used in reproductive facilities to help couples conceive.

To learn more about the health and medical properties associated with seaweed, please consult www.fucoidanforce.com